Was Your Base House Built Before 1978? You May Be Exposing Your Children to Lead Paint 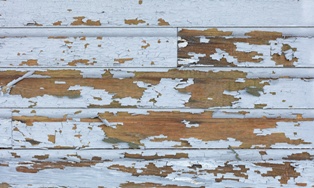 It’s hard to believe that a problem that is all too common in deplorable inner-city housing projects has become an issue on military bases across the country. Many military families are facing the reality that they and their children have been exposed to toxic levels of lead in their homes. How did a perk offered to our men and women in uniform become the means by which military families are being poisoned? The answer comes down to money.

How Did We Get Here?

When the Department of Defense started handing the operation of base housing over to private management companies in 1996, it did so because it could not afford to bring its rundown properties up to decent standards. By contracting housing out, it passed the responsibility on to these private companies. While the management companies did make some improvements, it has recently been discovered that their changes were mostly cosmetic and that dangerous lead paint was left in many older base homes.

How Bad Is the Lead Paint Problem?

It’s almost impossible to know just how many houses on military bases have lead paint or how many military children have been exposed. Testing for lead in base housing has not been routinely done and, until very recently, the military did not collect data on children who tested positive for lead on bases. According to a special investigation conducted by Reuters in 2018, high levels of lead have been found in homes at Fort Benning, GA, West Point, NY, and Fort Knox, KY, among others. They report that, “From 2011 to 2016, Brooke Army Medical Center in Texas—which processes blood tests from many bases nationwide—registered more than 1,050 small children who tested above the CDC’s elevated threshold.” The reality is that any base house built before 1978 could potentially still have lead paint and be exposing current residents.

The Damage Lead Poisoning Does Is Permanent

Lead is toxic to anyone who ingests it, but the reason we worry more about children is that, first, they are more likely to ingest it by eating paint chips or by playing with toys that have paint dust on them, and, second, even low levels of lead can damage developing brains. In fact, children who are exposed to lead can be affected in the following ways:

The worst part is, these deficits are permanent. Even after the cause of these medical problems is discovered, nothing can be done to reverse the harm.

So, What Can You Do About Lead Paint In Your Military Housing?

The first thing to be aware of is that you are not dealing with the military in these situations. Instead, you are dealing with private contractors. If you live in an older house on a military base and have children, have them tested for lead and have the paint in your home tested. If either is positive, you have to get your family to safe housing. No matter where you live, your next step should be to contact me, Attorney and Marine Mike Cardoza. I will take a look at your state’s tenant laws and the federal Servicemembers Civil Rights Act to determine what action can be taken. You should not have to fear for your child’s life or your career in the military. Contact me online or call me directly at 855.982.2400 for a free consultation as soon as possible.