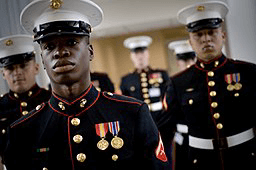 You have made a sacrifice for your Country by joining the Military and the Nation, through Congress, has passed laws that protect you, your family, and your ability to serve.

I've walked in your boots and I get it - nobody in uniform (except maybe the legal guy) is ever going to mention these laws or what they can do for you and your family. Let me break it down here:

These laws entitle you to terminate leases (like apartments, cars, and cell phone plans) you had prior to joining, to have pre-service interest rates on loans and mortgages reduced to 6% for you and your spouse (including those on all student loans), and to special protections against liens, collections, evictions, foreclosures, default judgments, family court judgments, and the loss of health or life insurance.

Just by being on active duty (or called to active duty as part of the Guard or Reserve), you're entitled to these protections. It doesn't matter where you are - if you're eating MRE's in some far-flung hell-hole, or you're a Stateside military paralegal who lives right next to the lender who is trying to rip off your spouse. It's Federal law.

What often happens is that mortgage servicers, homeowner's associations, apartment complexes, banks, car dealers, self-storage unit owners, and the like will ignore these federal protections because they're difficult and inconvenient. These laws require things like swearing under oath that you're in the military and appointing a special attorney to represent you in any civil court proceeding. They require lenders to adjust their interest rates downward - which they DON'T like - and for landlords to suck it up if you need to move early.

Fortunately, these laws make violators pay! But, nobody knows what's going on unless YOU take the first step to figure out whether what they're doing is ok - or not. That's where I come in. If you think something is weird or someone isn't respecting your Servicemember's Civil Rights, call me to find out - for Free - what's up.

Not only does the law provide for criminal penalties for violators, it also entitles you to sue the violator in order to fix what they did wrong and to pay attorneys fees if we win. That's why I give Free Case Evaluations, take these cases on contingency, and it doesn't cost you any money up-front. (Here are the details of how that works).

Being a Military Servicemember carries with it responsibilities - but also special rights. The nation wants you to have, use, and enforce your servicemember's civil rights. Get in touch with me right now to find out how these laws can help you!

Don't waste any more time trying to figure out your options. Call us and speak directly to a lawyer for the answers you need.