Consumers Must Be Vigilant to Correct Inaccurate Credit Reports 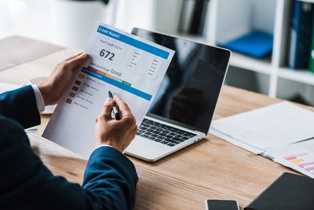 The National Consumer Law Center estimates that as many as 25 percent of credit reports have mistakes on them. This means that 42 million Americans are being misrepresented to creditors, employers, landlords, insurance agents, and more. The center further estimates that on as many as 10 million reports, the mistakes are significant enough to impact the consumer’s credit score and cost them in higher interest rates, rejected loan applications, denied apartment rentals, job loss, and more. But perhaps most disturbing is a report from the Federal Trade Commission that found that as many as 70 percent of disputed errors were still on the report several years later. What does all this mean to you? I’ll tell you.

You checked your credit report, found a mistake, and followed the instructions for disputing the error. You should be all set now—right? For 70 percent of you, that is, unfortunately, not the case. Instead, you will have to follow up to see that it gets fixed. When you file a dispute, the credit bureaus have 30 days to investigate and inform you of their decision. If you don’t hear from them after 30 days, you will have to contact them again to find out why. If they refuse to remove the information you know to be incorrect from your report, you can take the following additional steps:

You have protections under the Fair Credit Reporting Act, but you will have to be proactive in your pursuit of justice.

When to Call a Consumer Attorney for Help

If you have a serious mistake on your credit report—a past-due debt that is not yours, credit card accounts in your name that you didn’t open, medical debt that is not yours, etc.—you should call the Cardoza Law Corporation right away. These kinds of credit reporting errors are too significant to try to dispute on your own. If the mistakes are minor—an address you never lived at, an active credit card you canceled years ago, etc.—you should call me if you don’t get a timely response to your dispute. If there is legal action to be taken, I will help you throughout the process.