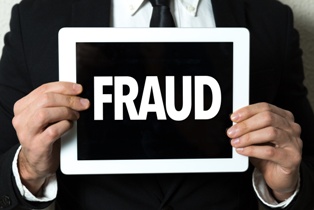 As if it’s not bad enough that your identity has been stolen, now you’re being harassed by a creditor for debt incurred by the thief. You’ve informed them of the identity theft, but they are continuing to come after you. Can anything be done? You bet! It’s time to call me to help you end this nightmare and hold the creditor or debt collector liable for harassing you.

California Law Entitles You to Compensation

Your first step when a creditor contacts you about a fraudulent debt is to inform them of the theft and to order them to stop contacting you about the debt. If you haven’t already done that, I can help you—and there are no fees involved! If they continue to come after you, I can help you file a lawsuit. Under California law, a successful lawsuit can get you all of the following:

You read that right! You could be entitled to up to $30,000 in damages from the creditor or debt collector who has been harassing you about a fraudulent debt. However, you will need my help to establish the following:

You have enough to worry about when your personal financial information has been stolen. Trust me to deal with the creditors who are falsely pursuing you. Fill out the form on this page to get in touch with me today. I will respond within a day and help you out of this frustrating situation—and I won’t charge you a dime!