Medical Collections - The Doctor is Out! 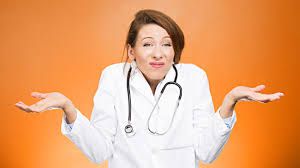 Let’s say you got a medical bill that didn’t make any sense, and your doctor agreed that you shouldn’t be billed for such-and-such. Is that bill going to go away?  Probably not!

Such is the case today with medical collections. As caregivers become increasingly separated from the hospitals in which they practice and even more distant from the medical billers who decide how to maximize medical revenue, patients are the ones paying the tab for sloppy, inaccurate, and downright fraudulent medical billing practices.

What’s worse is that a Consumer Financial Protection Bureau study found that consumers are disproportionately penalized by having medical debt on their credit report and that their FICO scores were lower than those of consumers having the same amount of non-medical debt.

Even more outrageous than that, is the the practice of “blacklisting” patients who don’t pay on time by refusing them future medical care. Sure, it’s unethical, but if you think it doesn’t happen, read about what these patients went through.

If you’re having problems with medical billing, no matter how small the amount, get a free case evaluation today. One recent client of The Cardoza Law Corporation received thousands of dollars in compensation over the illegal collection of a medical debt that was itself less than $80! That’s one small victory in the war to clean up the mess that is medical collections.