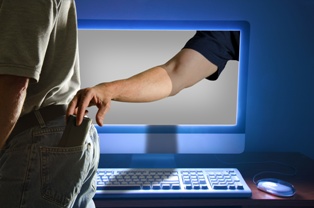 You may get a call out of the blue from a police officer, task force agent, or U.S. marshal telling you they’ve caught an identity thief who had your personal financial information in his possession. This may be a call you’ve been waiting for, or you may not even be aware that you were the victim of identity theft. Either way, it’s a good idea to talk to a lawyer before you testify or answer any question.

The Effort to Catch Identity Thieves

Victims of identity theft are often told to take steps to secure their financial information but not to expect an arrest or return of what’s already been taken from them. Today’s ID thieves are cyber experts, trolling the internet for credit cards, Social Security numbers, and unsecured bank accounts. They can be working from anywhere in the world, so the chances of catching them are very slim. Despite this, identity theft task forces have been formed around the country to try to get a handle on the problem. These task forces are staffed by investigators from local, state, and federal law enforcement agencies who have special training in high-tech crime and ID theft. When they are successful and catch an ID thief, he or she may be brought to trial. In that case, victims may be called as witnesses, even though they haven’t technically seen anything.

What Is a Restitution Hearing Anyway?

At a restitution hearing, the defendant is ordered to pay back what he has stolen from his victims. The victims may be asked to testify about their losses—both the money that has been stolen from them and the fear and trauma they have endured. The judge will make a determination as to what the defendant owes each victim and order that he pay it. Whether the thief actually has the resources to pay what he owes is another question.

Why Do You Need an Attorney as a Victim?

Hopefully, as an identity theft victim, you already have an attorney who is looking into a variety of ways you may be compensated for your losses. However, if you don’t, now is the time to get one. You are already the victim of a crime, and you don’t want to leave yourself open to being victimized again. A credit identity theft attorney can help you protect your credit and make sure nobody is going to sue you over unpaid debt incurred by the ID thief. Crazy things can happen in court, and you want to make sure you have someone by your side to protect you. If you have been contacted by a cyber crimes or identity theft task force, the next step you should make is to contact me online or call me directly at 855.982.2400.