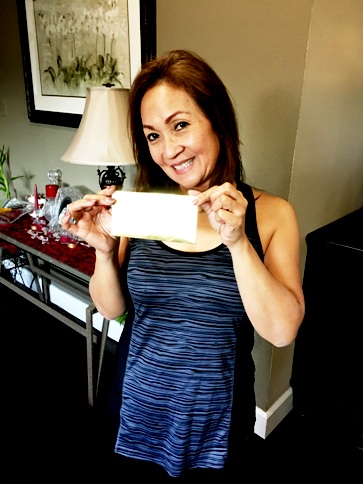 Sarah S.* from Los Angeles got in touch via the Live Chat function on my website. (This is a fantastic feature because I see the whole thing - when you type something to the operator, I'm reading your words about your situation before I even get back in touch with you!)

Sarah's deal was that she bought some pretty expensive jewelry in the mall using the jewelry store credit account.

She got set up for automatic payments with the jewelry store's finance company (they had actually sold her account the same day she bought the jewelry - and this is common). After a few bills, she noticed that the finance company was adding weird charges and classifying her payments in a strange way. She called them in order to get an explanation but got stonewalled instead.

She brought me those weird statements and additional charges and, sure enough, she was being billed illegally!

What made it even worse for the ultimate Defendant in this case is the fact that they started calling her when she was late once and left vague messages on her voicemail - also illegal.

In a case like this (and the vast majority of those cases I take), I don't send a letter, we send a lawsuit. That's exactly what happened and because Sarah had saved screenshots of the finance company billing screens and the voicemail messages, we had an airtight case. The case was resolved to everyone's satisfaction before trial by way of a CONFIDENTIAL SETTLEMENT.

The lesson in Sarah's case is, if you think something is hinky or not-quite-right about one of your billing statement or you're getting vague phone calls - get a Free Case Evaluation to see if you've got something owed to you instead!