Why am I being contacted by multiple debt collectors for the same debt? 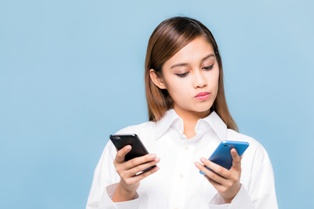 It’s confusing enough to get a call about an old debt you didn’t know you had, much less to get calls from multiple people about that same debt. Believe it or not, this happens all the time. While it doesn’t necessarily indicate fraud, it could mean that someone somewhere along the line has violated your rights under the Fair Debt Collection Practices Act (FDCPA) and not only will you not owe the debt, THEY may owe YOU damages. Let me explain.

It is often not worth a creditor’s time to work too hard make you pay what you owe. After all, collecting debt is not their primary role. The creditor may be a credit card company, whose purpose is to lend money and collect it, but it could also be a medical clinic, cable or cell phone provider, or your town’s tax department. These service providers will send bills for several months, perhaps adding fees with each month you don’t pay, maybe calling you to follow up, and that’s about all they have the time and resources to do. After that, they will likely sell the bill to a collection agency. They may sell it for 10 cents on the dollar, but at least they have some money back in their pockets.

Now the debt collector has the potential to collect on the full amount of the debt they bought for a fraction of that. And they are often successful. People are more threatened by a collection agency calling than the cable company, for example, and many pay up without a fight. However, if the debt collector has made several attempts and can’t get anything from you, he will probably sell the debt on to another agency, maybe for 25 cents on the dollar. He has made a bit of a profit, and now a third agency has your information and will start calling you. This is how you end up with multiple agencies trying to collect the same debt, but it doesn’t mean you are in any more trouble than you were when you first missed the payment, even if it feels like it.

How This May Mean You Have a Case

No matter who is contacting you about the debt, they have to be able to provide documentation of the validity of the debt. They have to show how much you owe, to whom you originally owed it, and that it is actually YOU who owes it. As debts are sold again and again, documents and contracts are often lost. If a debt collector is contacting you without having all of this documentation in order, he is violating the law.

Call Me If You Are Confused

If you are being contacted about a debt you suspect has been sold multiple times, try my FREE debt collection blocker and then call me. My advice is always free, and I don’t collect a fee unless we win damages for you.