What if Experian (or Equifax or TransUnion) won’t fix my credit report? 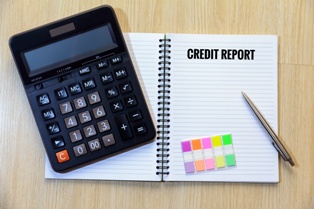 Sue them! Well, maybe that’s not the first step, but it may be where you’re headed if you can’t get the credit reporting agency (CRA) to fix their mistakes. After all, those mistakes could be costing you more than you know. And if you’re applying for a mortgage to buy your first house, errors on your credit report could mean a higher interest rate or an outright rejection. So, what can you do? I’ll tell you!

Take a Deep Breath, and Try This To Fix Your Credit Report First

Before we jump into a lawsuit, I advise people to take these steps:

If you’ve tried all of this multiple times and your report has not been corrected, you have a right to sue the CRA for damages. This is where the copies of every letter you sent and recordings of phone calls will become very important (you did keep copies of everything, right?) People have won millions of dollars by suing CRAs, but you will generally get a few hundred dollars in addition to any actual monetary losses you can show.

Sound tricky? It is. That’s why you need my help. If you are not getting any satisfaction in your attempts to fix a credit report, contact me online or call me directly at 855.982.2400 to see if I can help. If the CRA has failed to investigate a legitimate dispute, they could owe you big time, but you won’t know if you don’t try.