These Common Post-Bankruptcy Credit Reporting Errors Could be Robbing You of a Fresh Start! 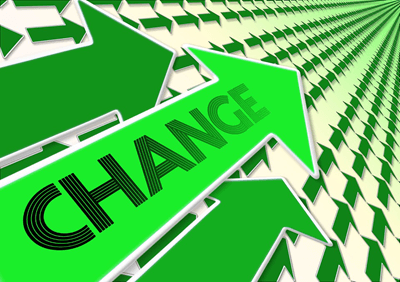 Congratulations! Your debts have been discharged in Bankruptcy! (But IF they still appear on your credit report, have they really gone away?)

Believe it or not, just because you’ve received your final Bankruptcy discharge, that does NOT mean that all is OK with your credit report! And, the credit report is what really matters right? It’s the thing that lenders, landlords, and life insurance companies are looking at to figure out whether or not you’re a customer who gets the best prices on financial products - or not.

How could debts that “went away” in my Bankruptcy appear on MY credit report?

I’ll tell you how: They just don’t get updated by your former creditors - really. Some of them, and I kid you now, some of them will be so out of it (even though they got all the notices from the Bankruptcy Court - and maybe even you) that they will keep automatically pulling your credit report every month (damaging your score) just like you still had an open account with them!

Everyone thinks it won’t happen to them, but it does.

Have I gotten your attention? It happens to thousands and thousands of people every year - many of whom become my clients. So, that’s the BAD news. The GOOD news is that it’s relatively easy to figure out what your credit report should look like after your Bankruptcy discharge, and I’m going to tell you about it right here.

Number One: You’ve got to know that there’s a significant risk of this happening and care enough to GET YOUR CREDIT REPORTS from all three bureaus (you can use www.annualcreditreport.com or call each of them and buy one report - don’t pay for the score - for about $9 and have it mailed to your house). Do this no less than 90 days from your date of discharge, but no more than 180 days from the date of discharge. (Free guidance is available on how to do this.)

Next: Here are the Top 6 Post-Bankruptcy Credit Reporting Errors. (Remember, you’re entitled by law to an accurate credit report AND if you have to sue to get yours fixed, the law makes the credit reporting agency pay your attorney’s fee!)

1. Discharged Debts not Labeled as Discharged in Bankruptcy and not listing a Balance Due of $0.00.

Every debt that was discharged in Bankruptcy, which is going to be just about everything except for debts you “reaffirmed” and student loans, needs to be noted in your credit report as “Discharged in Bankruptcy” (or words to that effect), have a Balance Due of $0. When/if this doesn’t happen - you’re going to be surprised. You’re going to think it’s you - that maybe you misunderstood the credit report or how bankruptcy worked. You didn’t, and you don’t - creditors get this wrong all the time!

Once your debt is discharged in Bankruptcy, your relationship with XYZ Bank and whomever else is over! Done. They’ve got no legal right anymore to be pulling your credit every month and bringing down your score. But they do it! Why? They just forget to stop. They forget to turn off the credit score pulling robot. Find this error by checking your “Hard Inquiries” and looking for your ex-creditors pulling your credit score after your Bankruptcy Discharge.

When an account is listed as “Charged Off” on your credit report, that’s negative. There are a number of circumstances when a creditor can charge off an account but they MAY NOT do so after you’ve filed for Bankruptcy or after you’ve received your Bankruptcy Discharge. Why do I include this here? Because it happens, and it’s illegal.

4. Formerly Secured Creditors Still Reporting that You Owe Them Money.

This one is particularly common in the Chapter 13 (reorganization) Bankruptcy. For example, you have a car that you voluntarily surrendered to the lender. It’s worth $20K and you owed $50K. That $30K is now unsecured debt and it gets paid (or not) in accordance with the plan. When your Chapter 13 is done and discharged, you do NOT owe that money. BUT, those creditors will often report to the credit bureaus that you do. Not legal. This same thing also happens with Second (and Third) Mortgage and HELOC Lenders - they get “lien stripped” in a Chapter 13 plan and no longer have any right to the property that used to secure their loan. Their debt becomes unsecured and gets satisfied (usually) in accordance with the plan. They’re owed $0 at the end and must report that to the credit bureaus after the Chapter 13 Discharge. Many of them, for whatever reason, have a hard time doing this right - and it massively affects the fresh start you are supposed to get from Bankruptcy!

5. Spouse is Reported as Having Filed for Bankruptcy When They Did Not.

So, what to do next? You’ve gotten your reports and check them for these errors (good on you!) and you’ve found one or more of them (kind of a bummer). No worries, get free help drafting written disputes to your creditors and the bureaus and set your problem up to get fixed as soon as possible! If it takes a lawsuit to fix it, remember, the law requires that the Credit Bureaus pay the costs and attorney’s fees for that (which I why I personally take these cases on contingency). Contact me online today or call me directly at 855.982.2400. You’ve done the work of going through Bankruptcy - let me help you make sure you get the Fresh Start that you deserve!