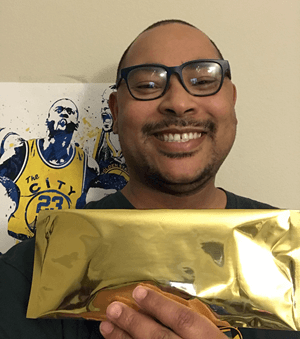 It was late August when my good friend and residential real estate professional Mary* called me with a problem. Her repeat client, Andrew Wiggins* looked all set to land a new home for his family before the start of school in the Fall. Mary had brokered a deal with Andrew before and so she knew that he was employed in a good job and financially responsible - all the things that make a real estate transaction glide smoothly. What neither Mary - nor Andrew - were prepared for were the results of his Tri-Merge credit report!

As soon as Mary showed Andrew the report, his jaw dropped and his hand went to his forehead. Silent for a long time, he looked up at her and said “Mary, I swear these negative marks on my credit report aren’t mine!”

Mary wanted to believe Andrew - in fact she sort of did - but what difference did it make if his credit score was so bad that the deal was never going to pass underwriting? Had she just wasted all this time setting up this deal? Mary decided to spend another ten minutes - tops - on the whole thing and, remembering a talk I had given about 25% of Americans having actual and reversible errors on their credit report, she called me.

See, it turns out that Andrew Wiggins* is actually not such an uncommon name, and what’s more, the way that the Credit Bureaus capture and report credit information results in Millions of consumers having their credit information mixed with that of someone else! No joke.

Mary made the email introduction to me and Andrew and we got to work. Andrew and I got on the phone, then we collected his documents, pulled his credit reports, determined that he might have a case, and went to work drafting detailed factual disputes for each and every error on his credit report.

As expected, about 50% of these detailed disputes worked almost immediately and within about 8 weeks of Mary’s call, Andrew was able to qualify for the loan he needed on the property he wanted at an affordable, but higher, interest rate.

Next up, however, was the lawsuit for the other 50% of the credit reporting errors that didn’t work. Andrew hired us (on a contingent fee basis so we wouldn’t get paid unless he won) and we filed a federal lawsuit about a week later. Now, these lawsuits don’t move quickly. Courts are backlogged, defense attorneys like to drag things out, and a case can take two years to resolve!

That’s about what happened in Andrew’s case, 18 months later and after a deposition where Andrew had to answer questions under oath and a mediation where we haggled over what he was owed for the damage they caused, Andrew’s case settled and get got compensated for the damage that had been done to his credit. More importantly, his credit reports finally got cleaned up as part of the settlement and Mary was able to arrange a refinance of the property at a much lower rate (the one he should have gotten in the first place)!

I think one of the prime take-aways from this story is: Don’t give up! Yes, it took a long time, but the ending was happy and frankly, there was no other way that Andrew’s credit was going to get fixed - except for filing a federal lawsuit. This case happened to be one where other “Andrew Wiggens’” information was on our hero’s report, but there’s a number of other ways these errors can happen - and they do, all the time.

So, if you (or a client of yours) finds something on a credit report that doesn’t belong there, call early and call often!